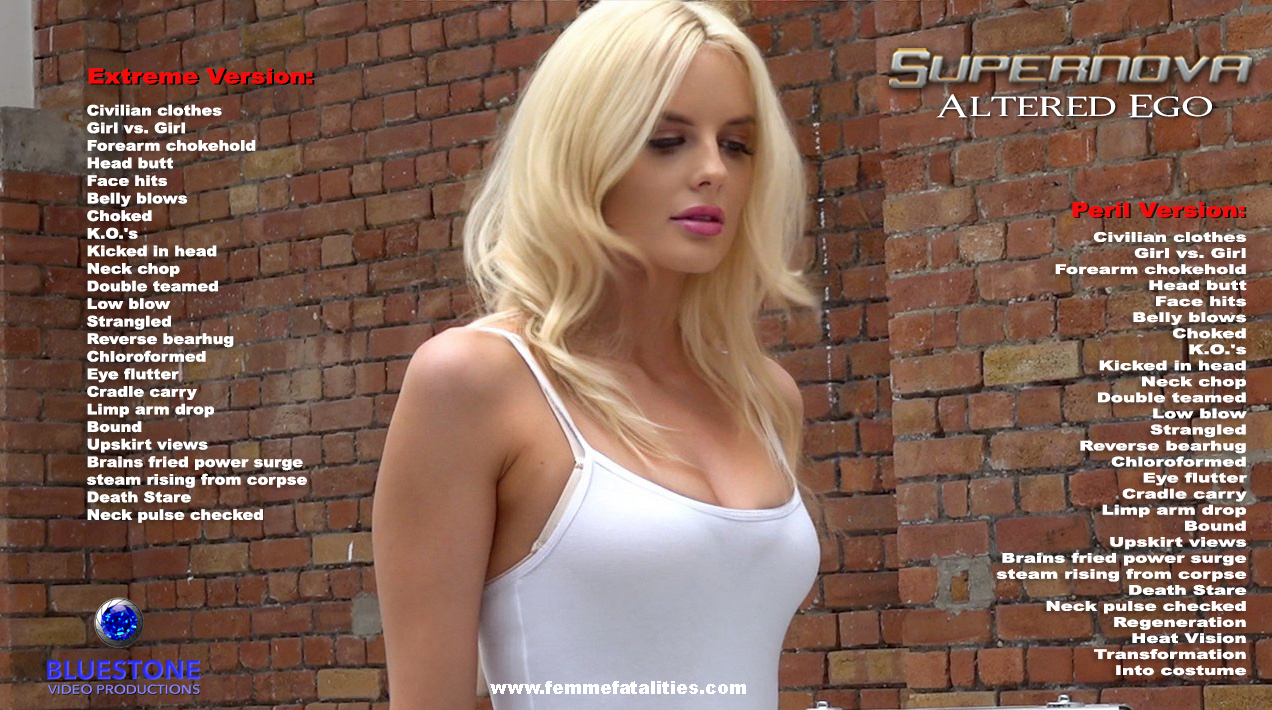 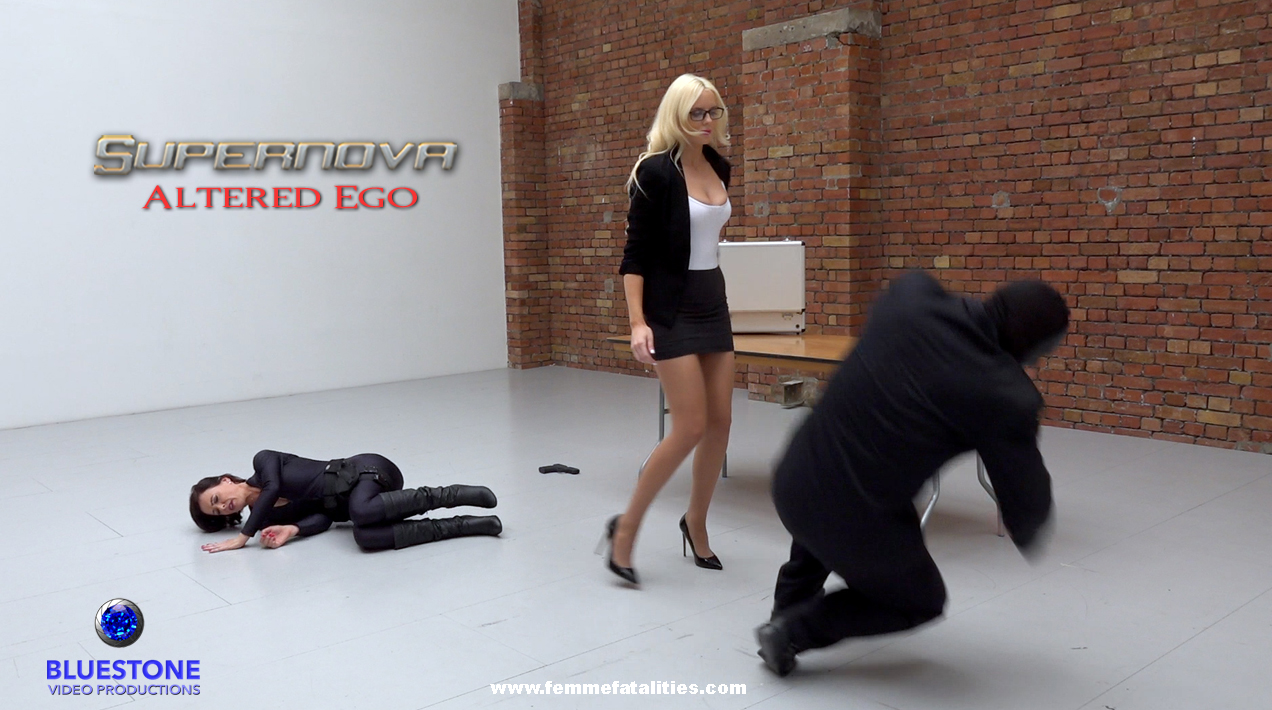 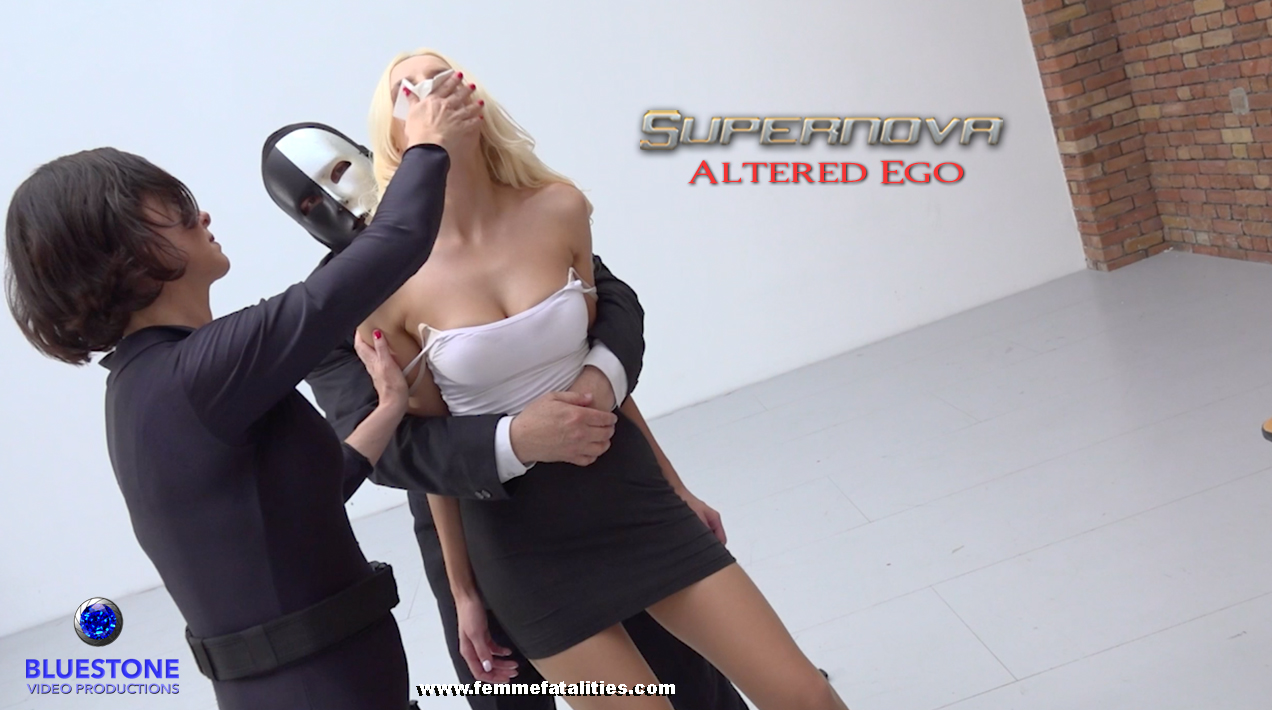 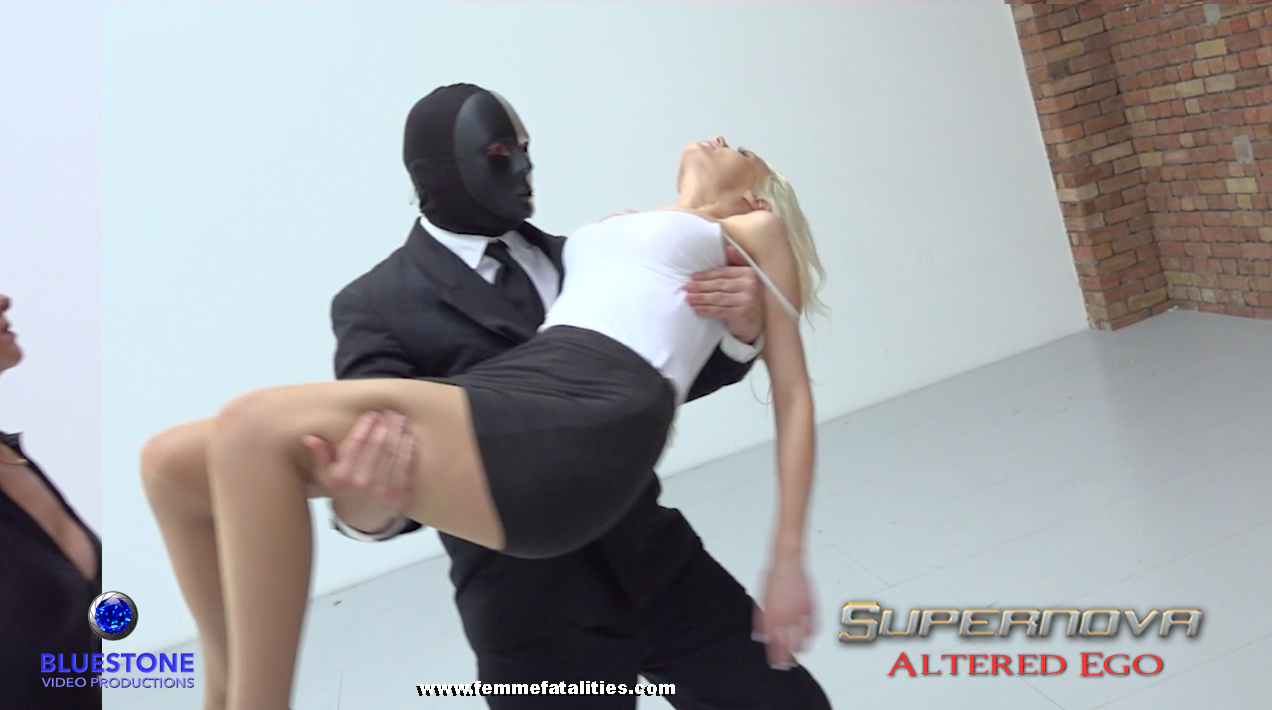 Starring Sienna Scarlett
"Supernova 30: Altered Ego", stars Sienna Scarlett as Kara Novak and Supernova! Supernova has lost her powers! What next for our Blonde Bombshell? Well, our de-powered heroine in her secret identity as Kara Novak takes steps to reclaim for former glory... if she can survive long enough to do so! With her powers gone, as before in "Secrets", her physical form has also been weakened, losing her former superheroine physique. The result is a more slender, long-legged and svelte look. Kara locates a power source that may be powerful enough to re-charge her solar-based powers, but she has to buy it through the black market, and the vendor proves entirely untrustworthy. Instead of selling the device to her, Kara is attacked with a view to making her the sacrificial lamb in a demonstration of the power of the device for the true buyer! What will happen when the power of the device is turned on our helpless heroine? Can she escape her deadly fate? Now Available!
CLICK HERE FOR THE TRAILER!
Check out the Trailer! 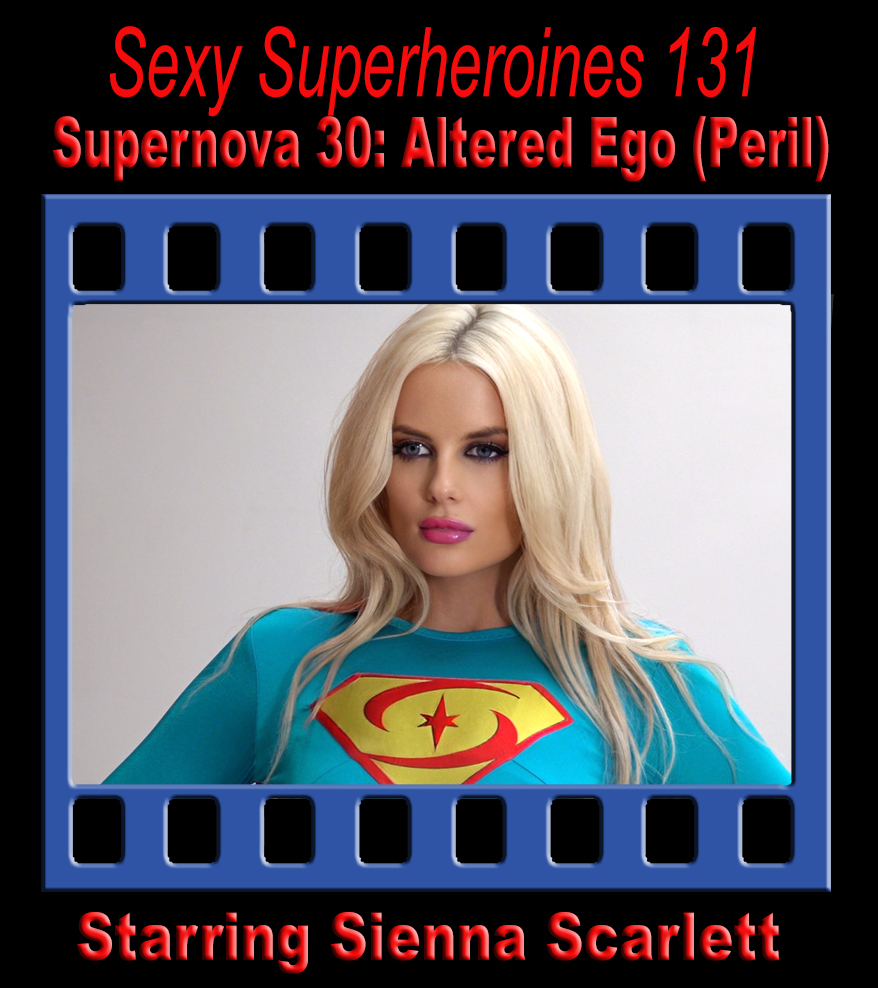 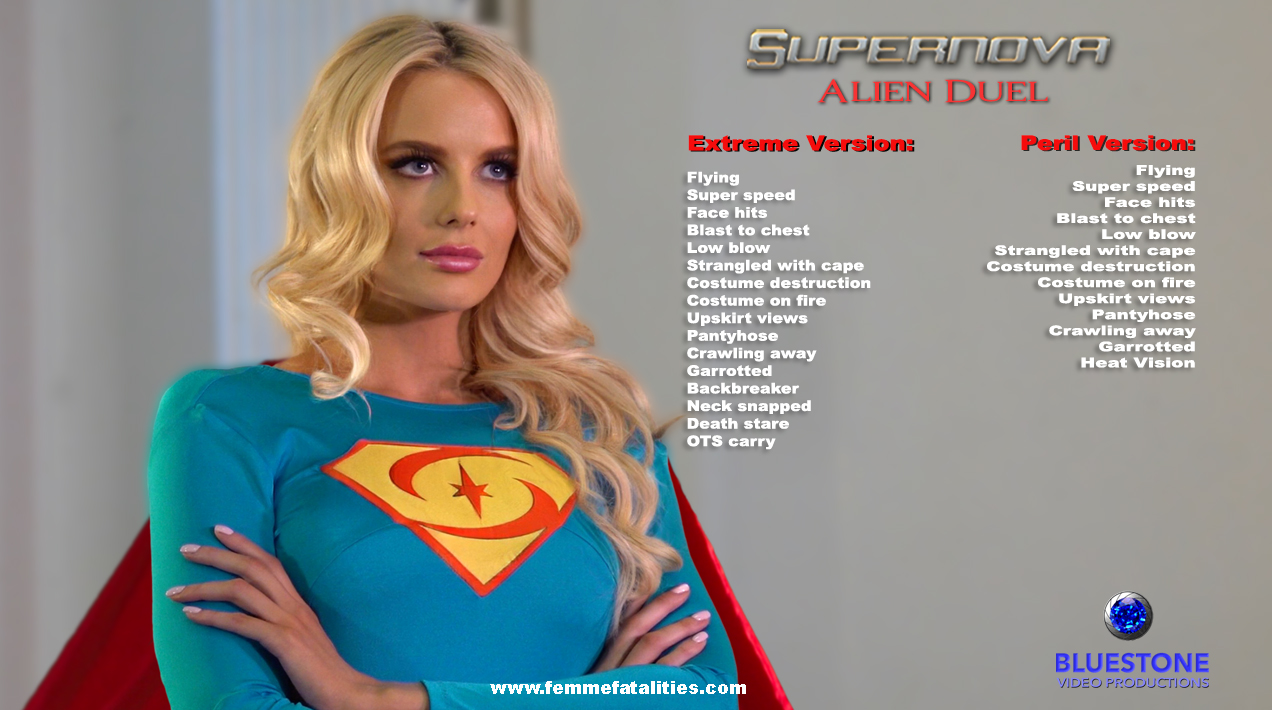 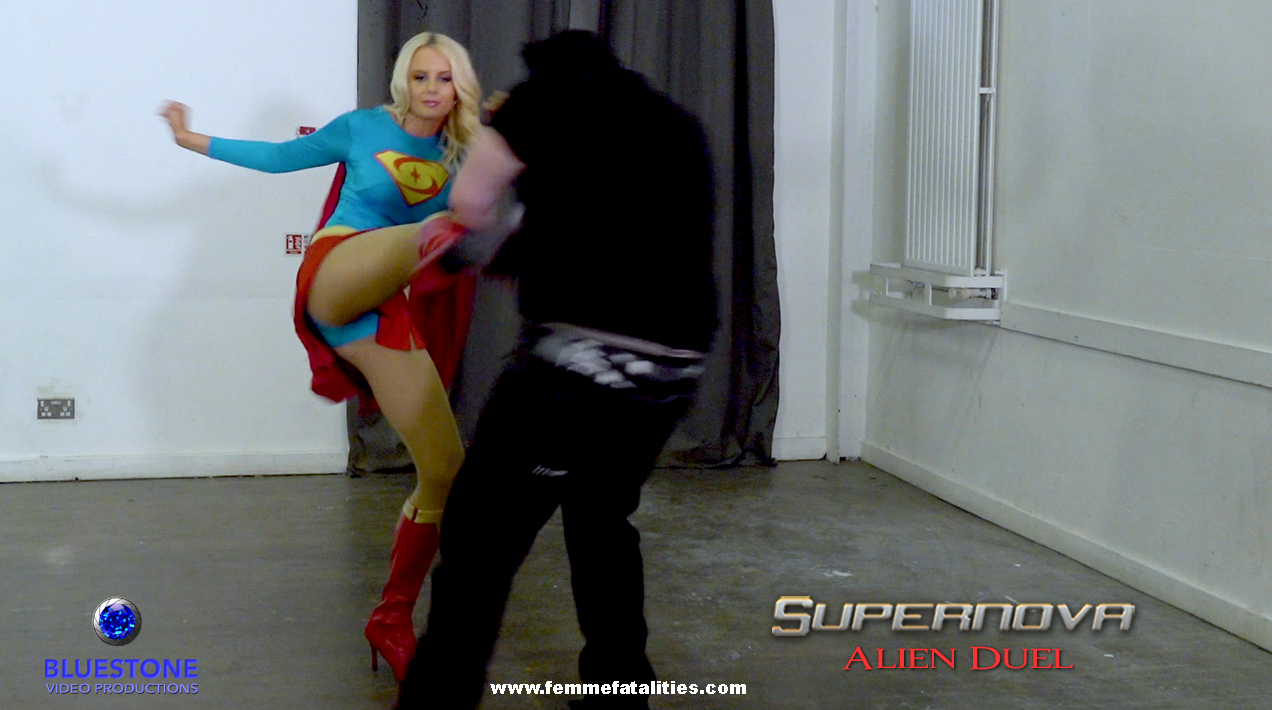 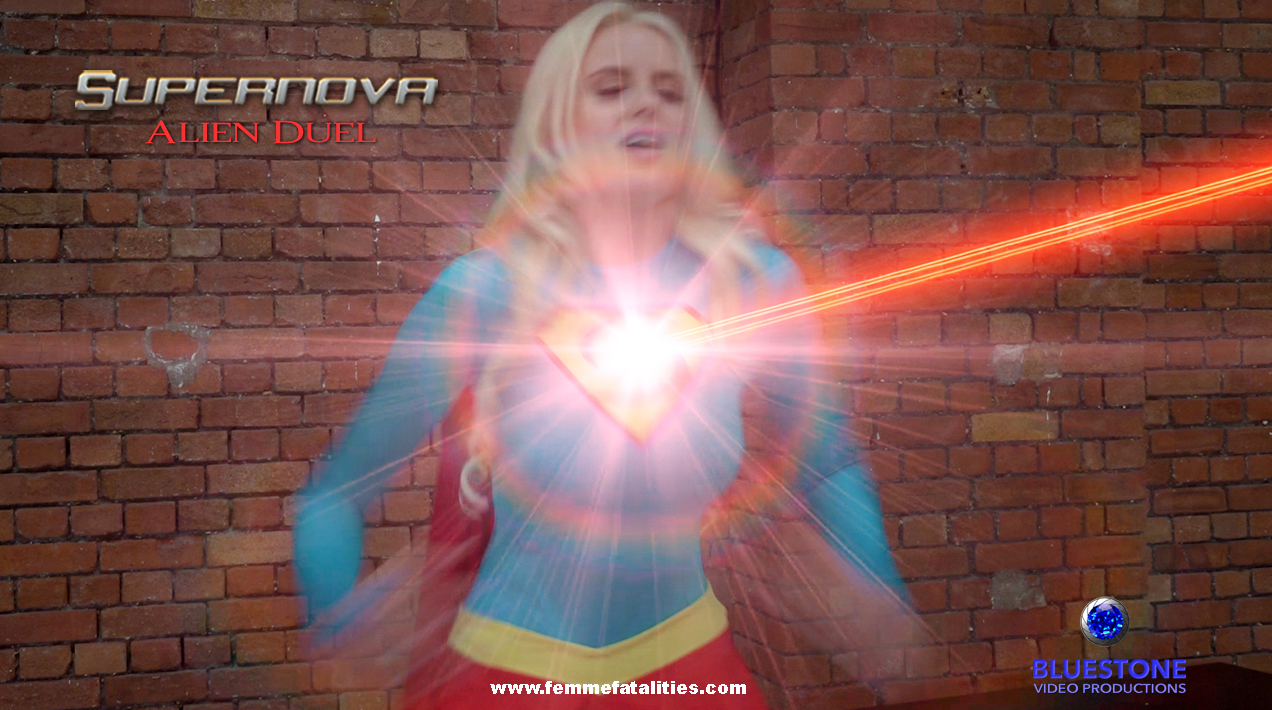 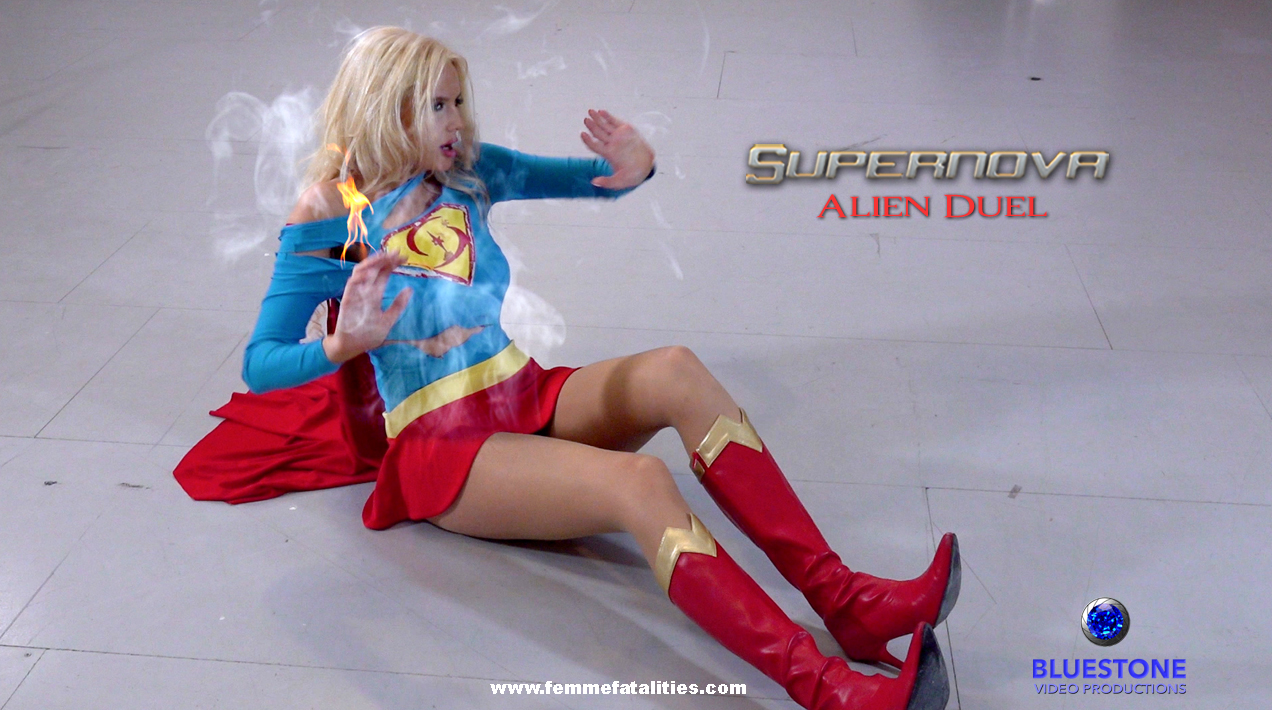 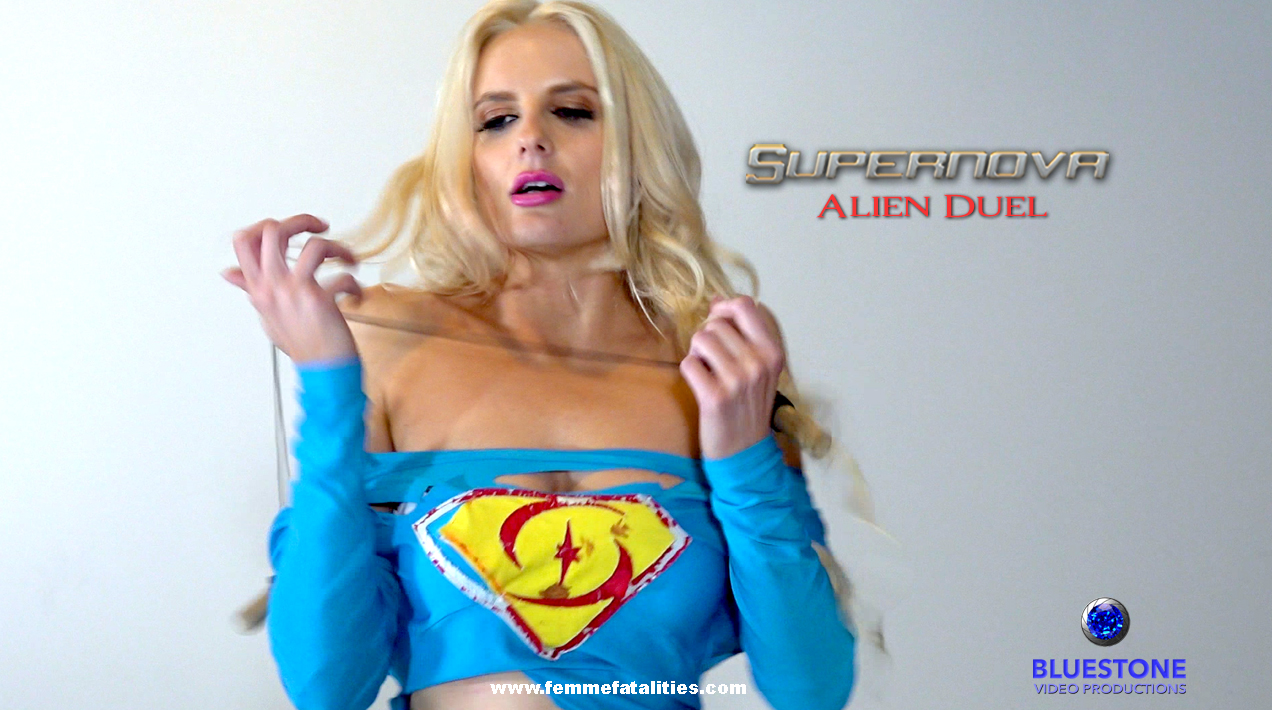 Starring Sienna Scarlett
Sienna Scarlett returns as Supernova, in full costume with her powers returned! She takes on a powerful alien invader who has been sent to eliminate Earth's defender, so that his race can feed on the planet. He seems to have the power to do this, demonstrating that he can cut her powers in half. What follows is a see-saw battle that Supernova finally wins, but only after she fights desperately as the alien's heat vision almost cooks her with her costume even set ablaze for a while. Don't miss this latest installment in the Supernova mythos!
CLICK HERE FOR THE TRAILER!
Check out the Trailer! 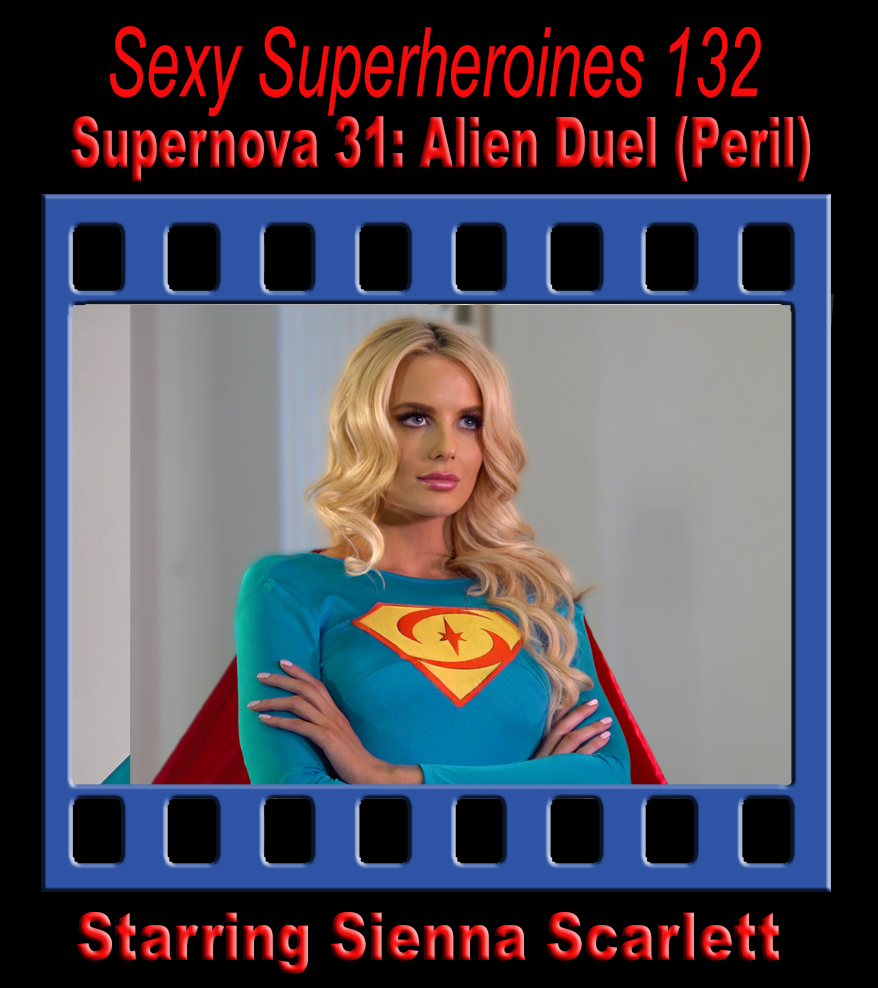 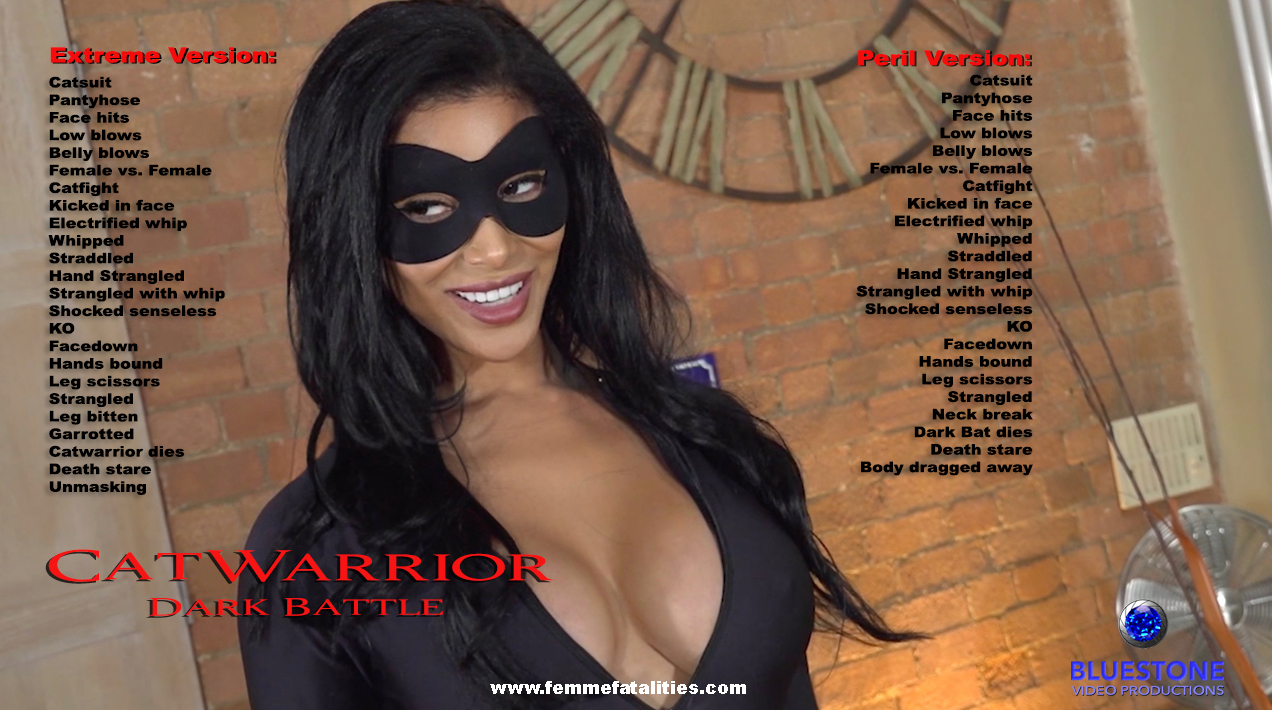 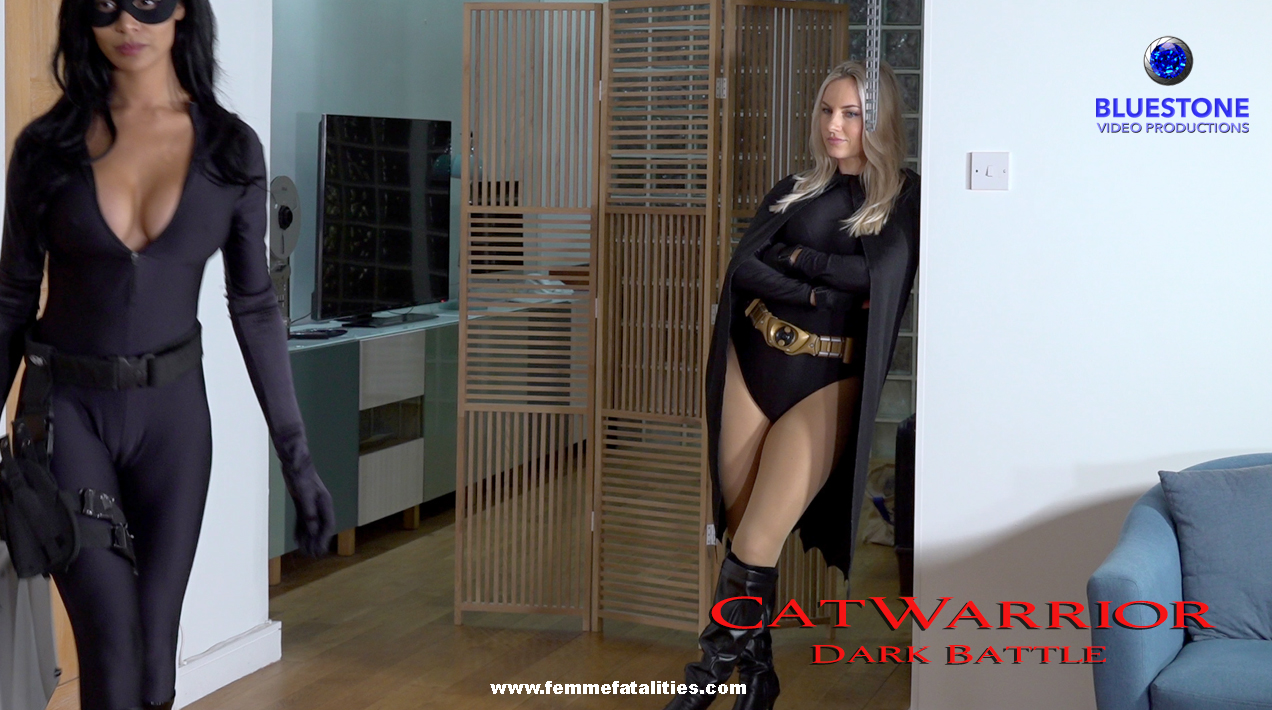 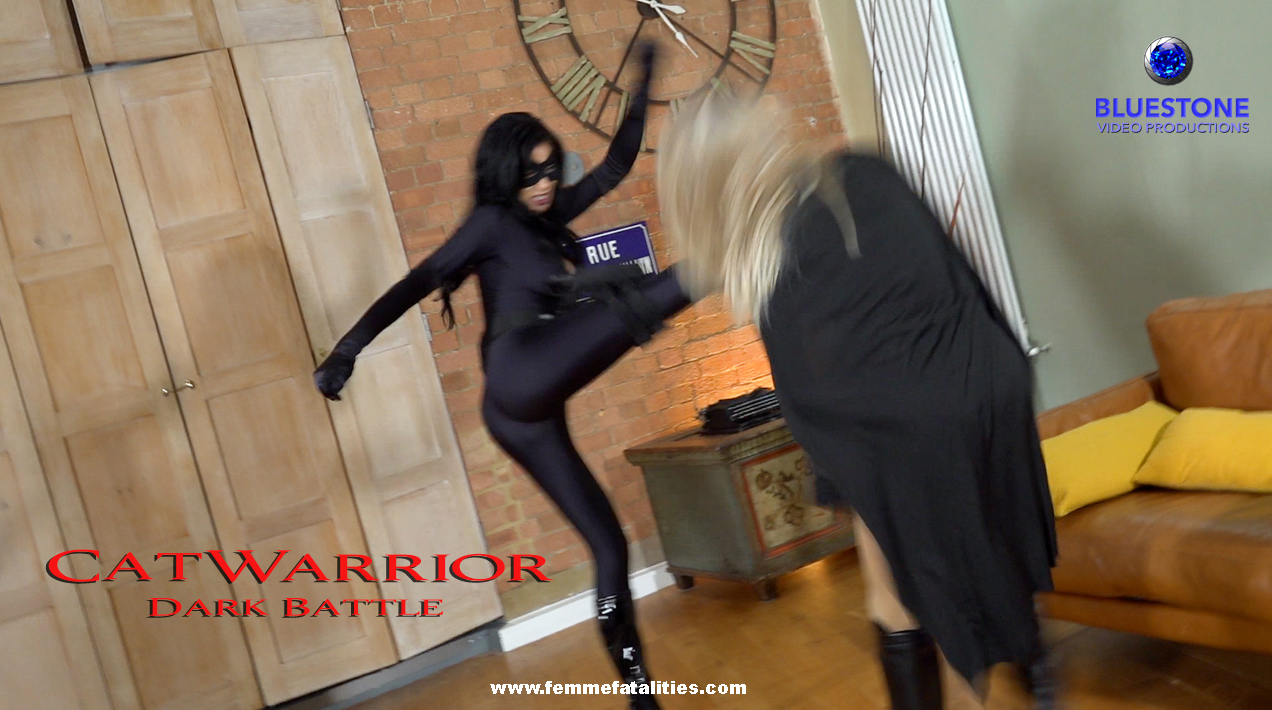 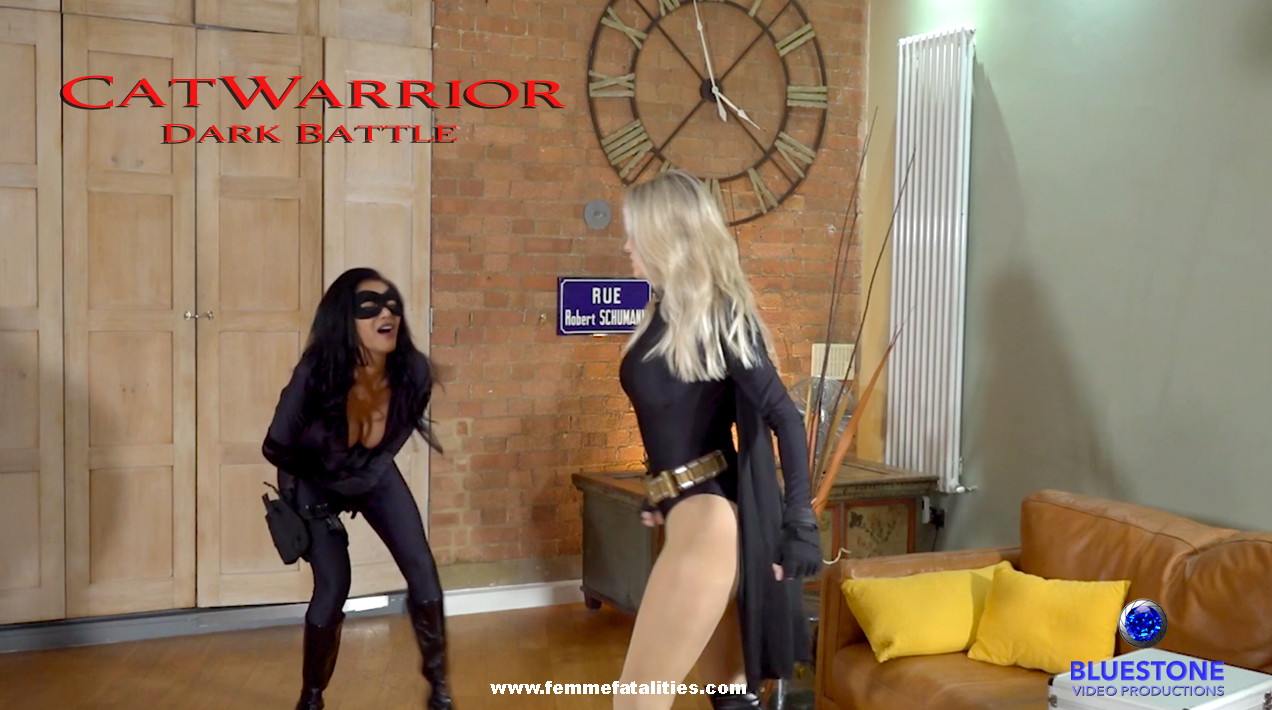 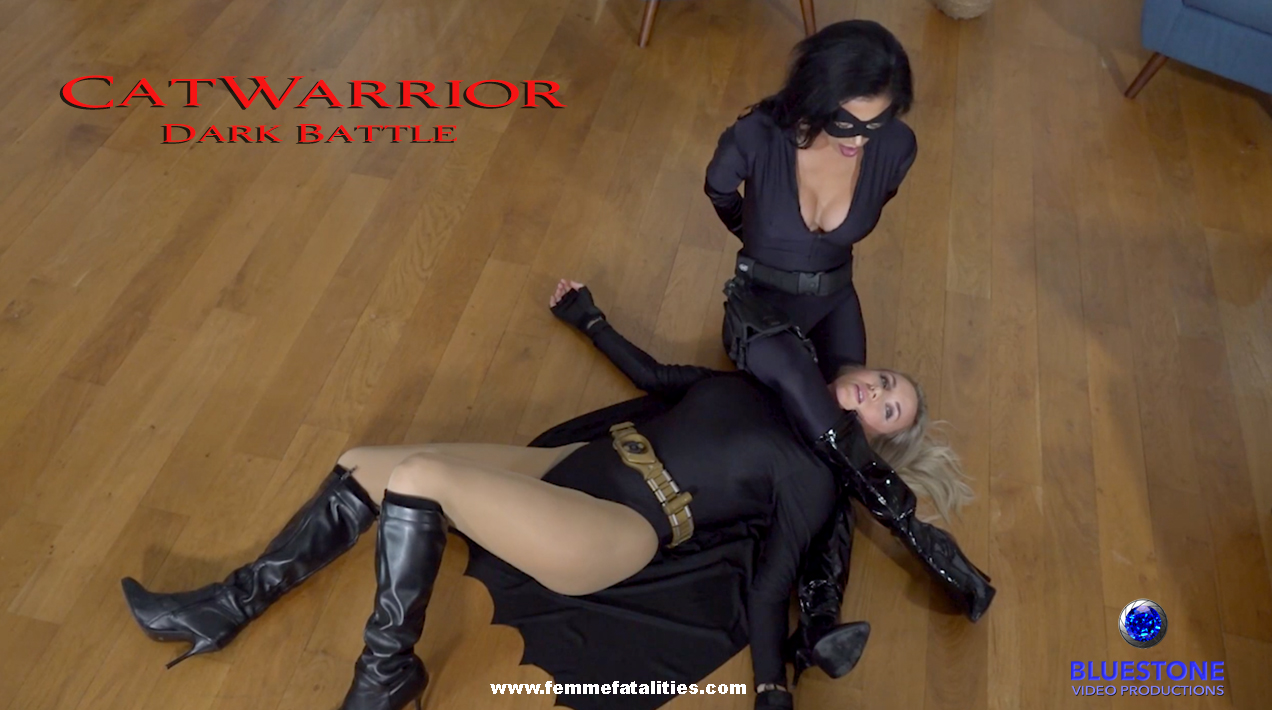 Starring Heather Page and Jenny Cherry!
Catwarrior takes on Dark Bat when the vigilante interferes with one of her heists! Heather Page vs. Jenny Cherry in a super sexy catfight! This is a girl vs. girl catfight to the death. Who will win this dark battle and how?! Lots of sexy action in this awesome video!
CLICK HERE FOR THE TRAILER!
Check out the Trailer! 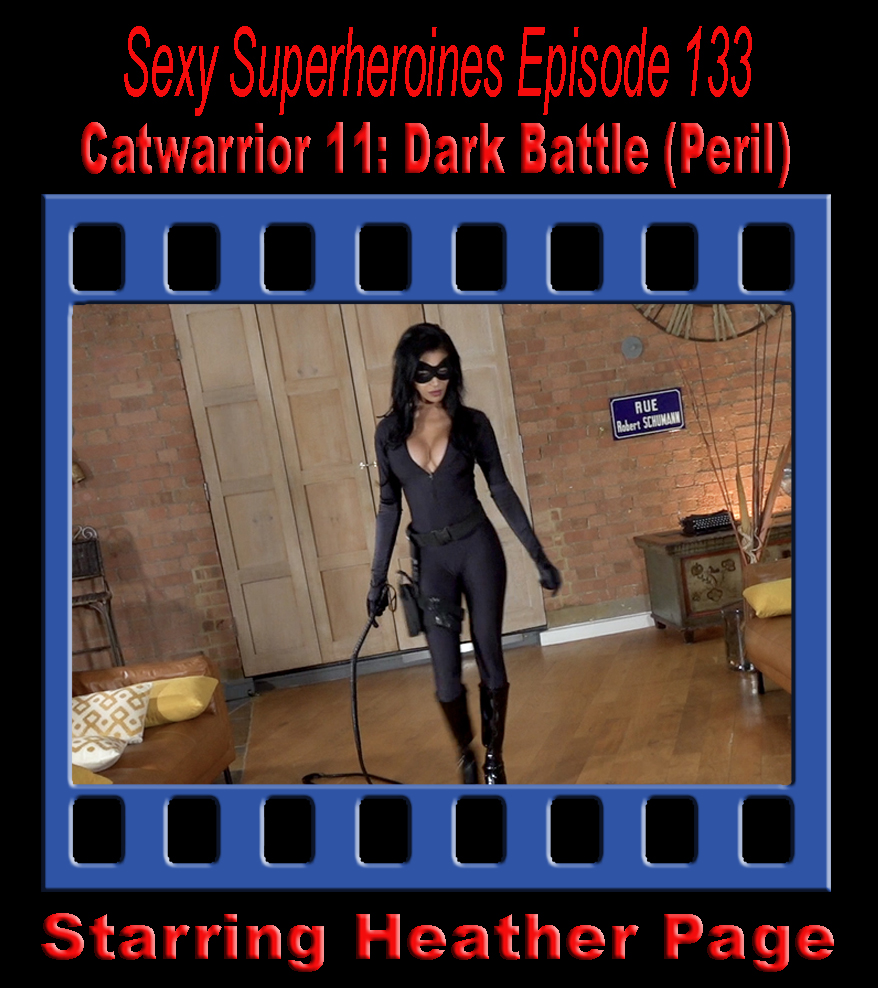