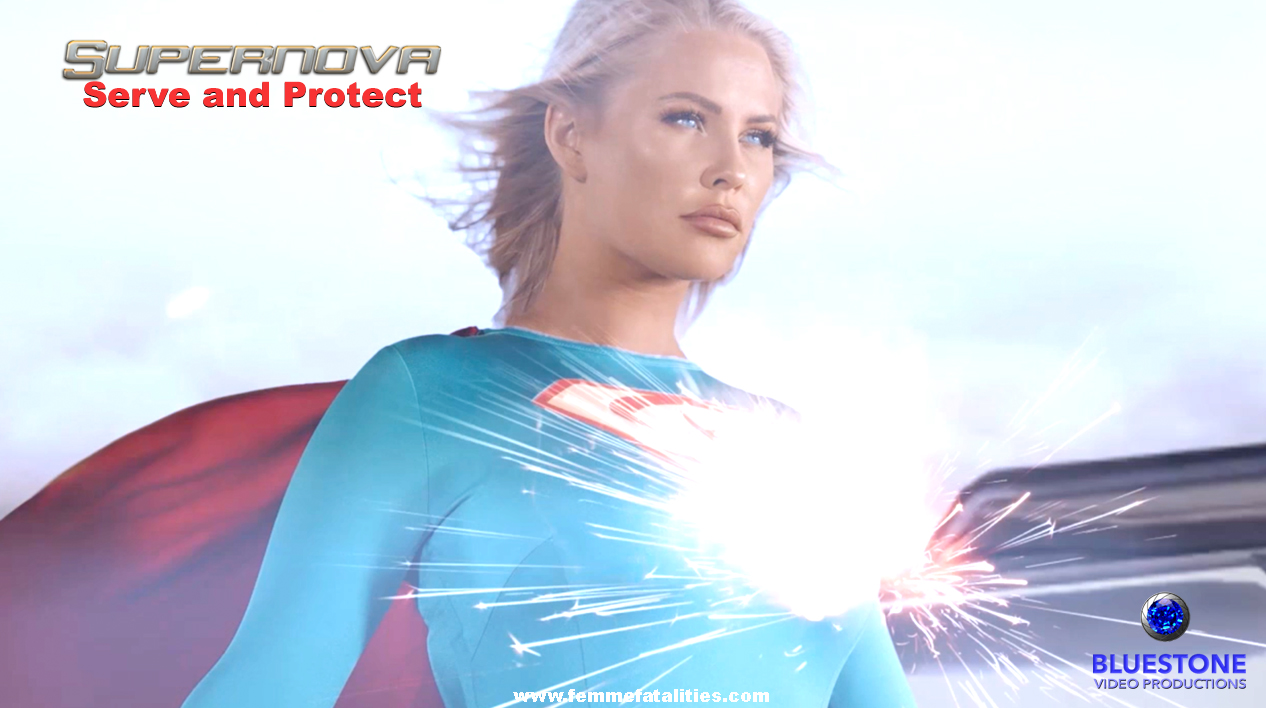 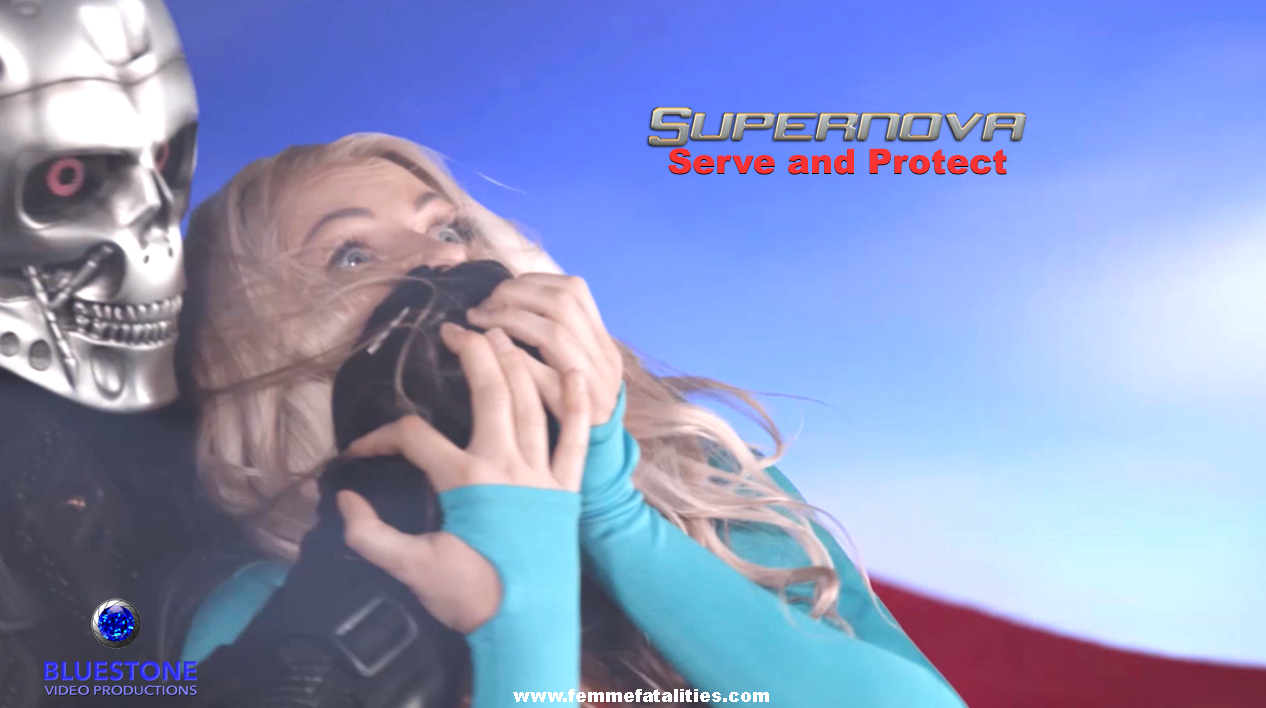 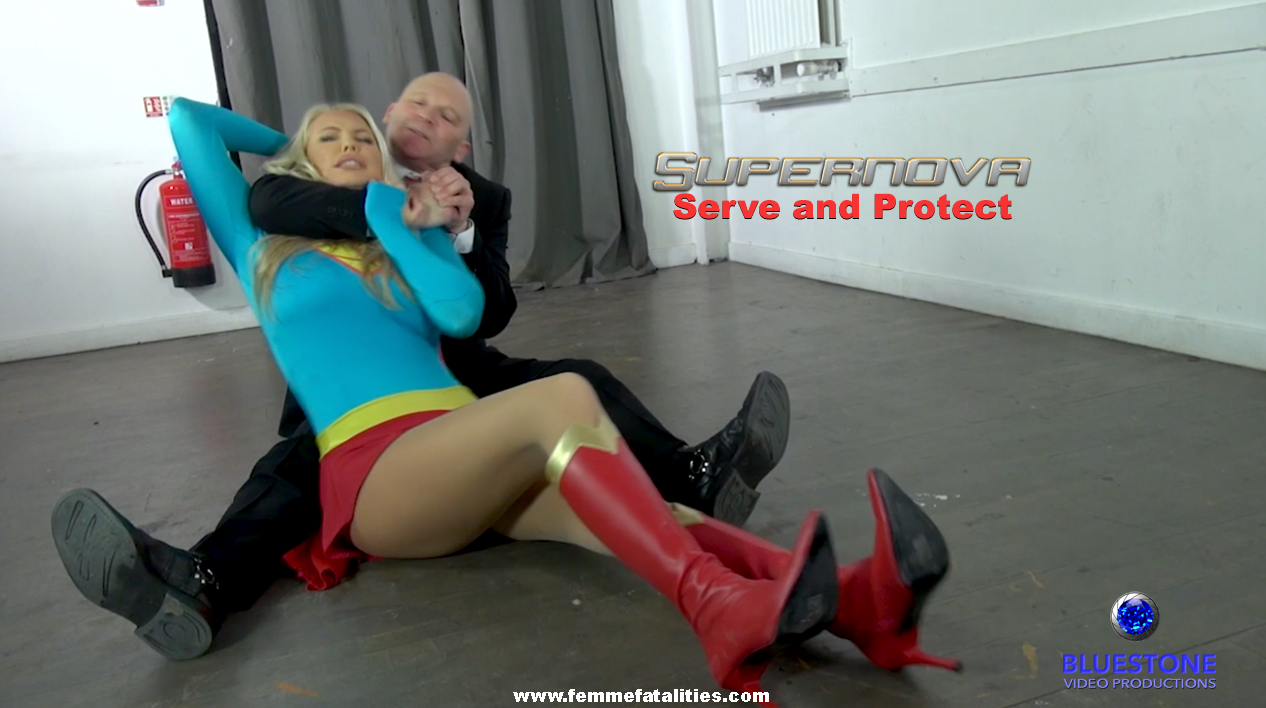 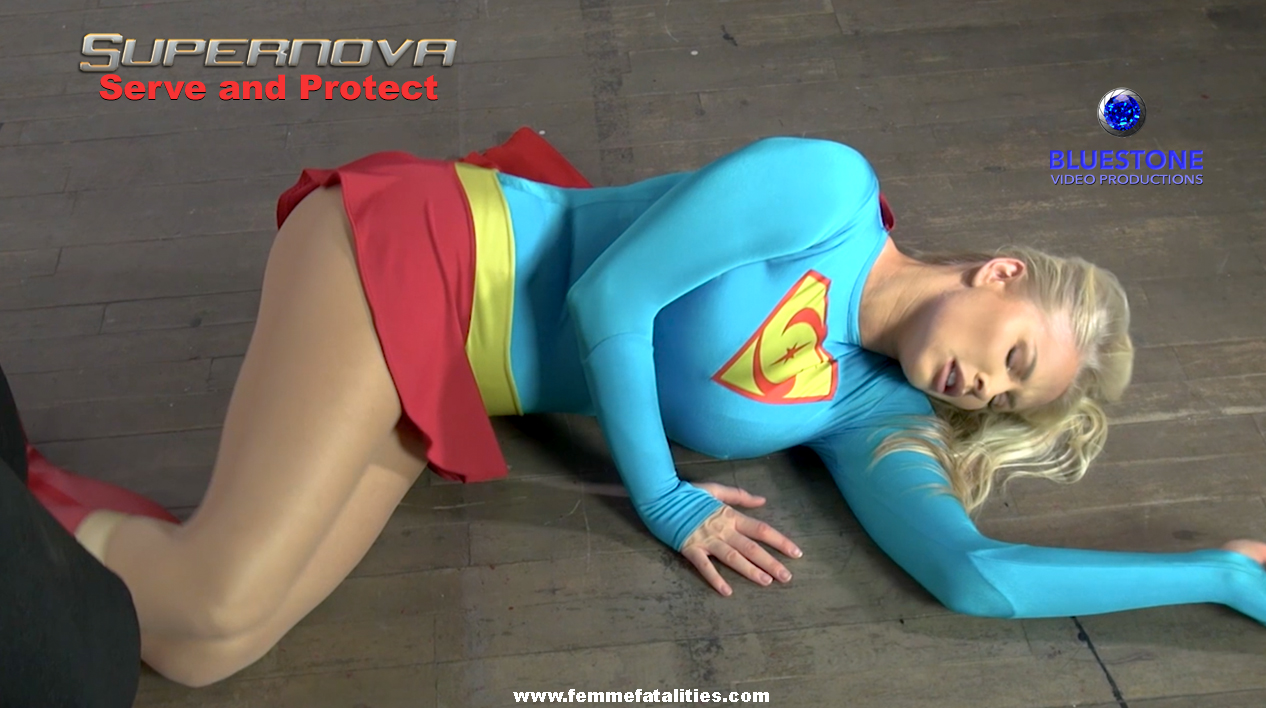 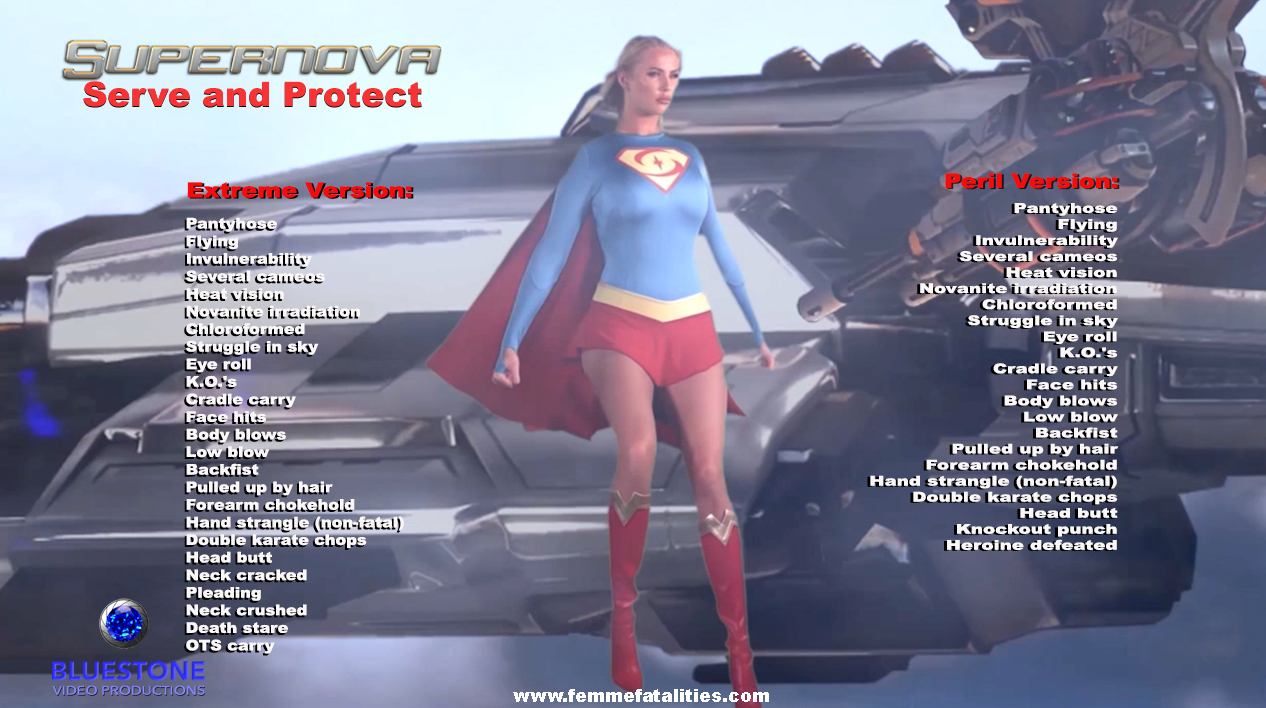 “Supernova 28: Serve and Protect “, starring Rebecca Mason, is an epic reminiscent of the scope of the Dark Wondra Saga series. Supernova (Rebecca Mason) confronts Mr. Lord, the director of W.H.I.P.L.A.S.H., making it clear that she’s the original Supernova and that her mission to serve and protect our planet is paramount, non-political, and, as soon becomes obvious… urgent, as their aircraft is attacked by a mysterious robot craft! Supernova goes into action, flying from their aircraft to defend it and her adopted planet, but it soon becomes obvious that their attacker’s real target is Supernova herself! She destroys the robot craft, but its explosion baths her in Novanite radiation, and then a Mechanoid attacks her from behind, slapping a chloroform rag over her lower face as they struggle in mid air. Once unconscious, she is taken to a secret location and she revives to find her arch enemy, Xander, preparing to fight her to the death in her de-powered state. In the following fight, both combatants get in some good shots, but Xander manages to defeat Supernova with a knockout punch. Mr. Lord and the W.H.I.P.L.A.S.H. agents arrive to send Xander packing. Don’t miss this awesome Supernova epic production! 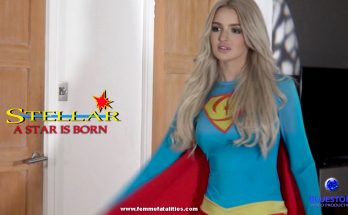 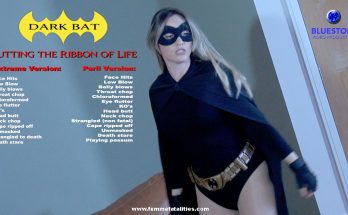 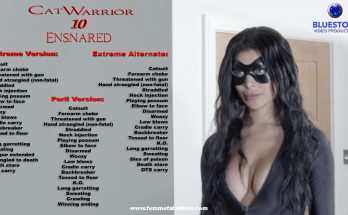