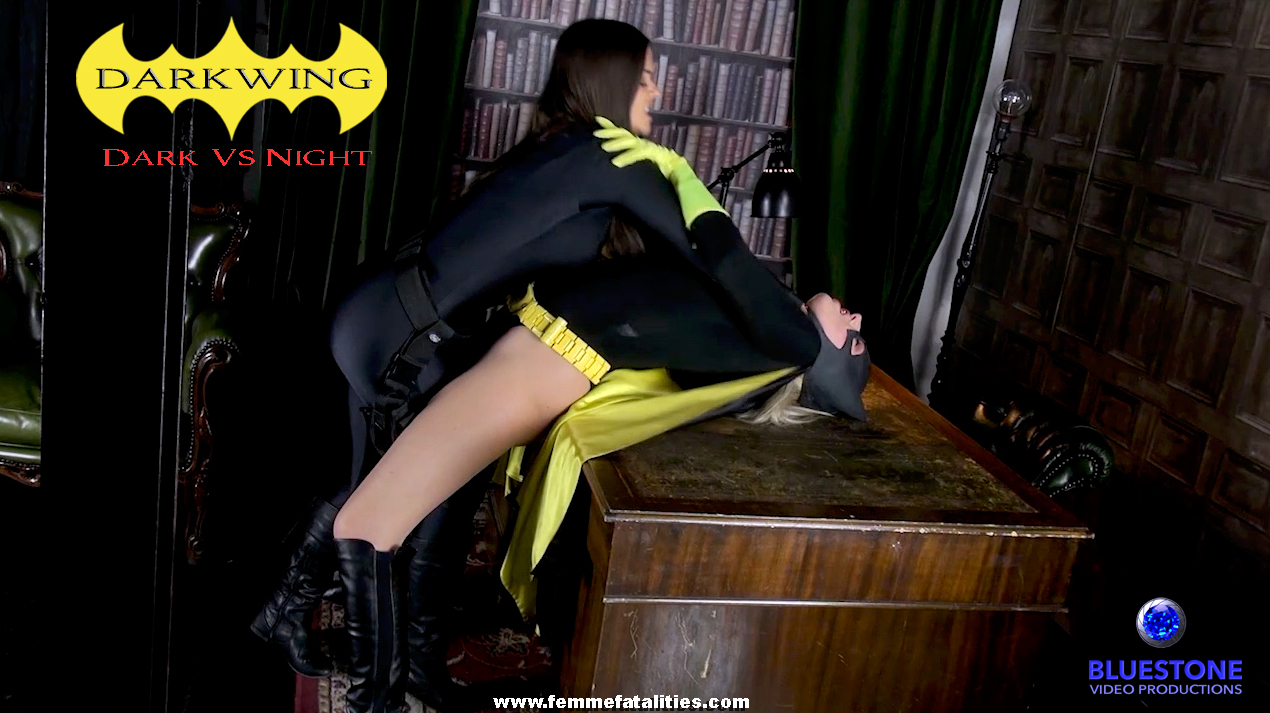 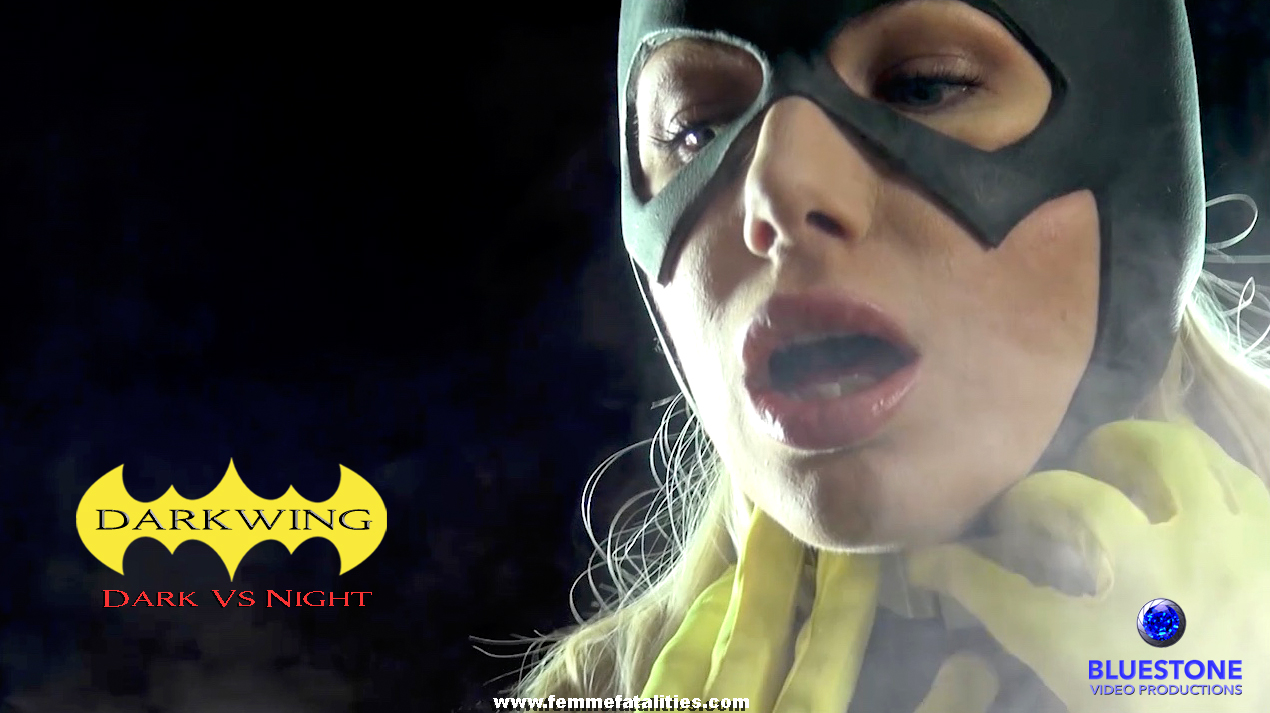 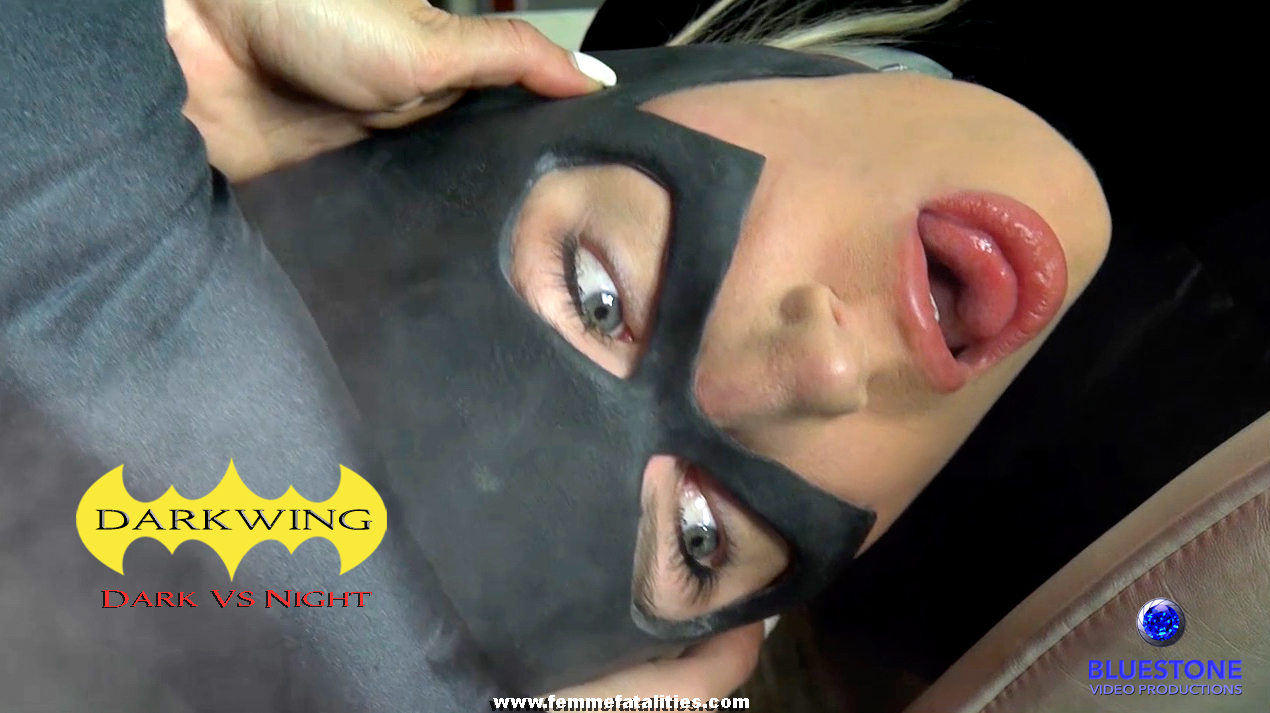 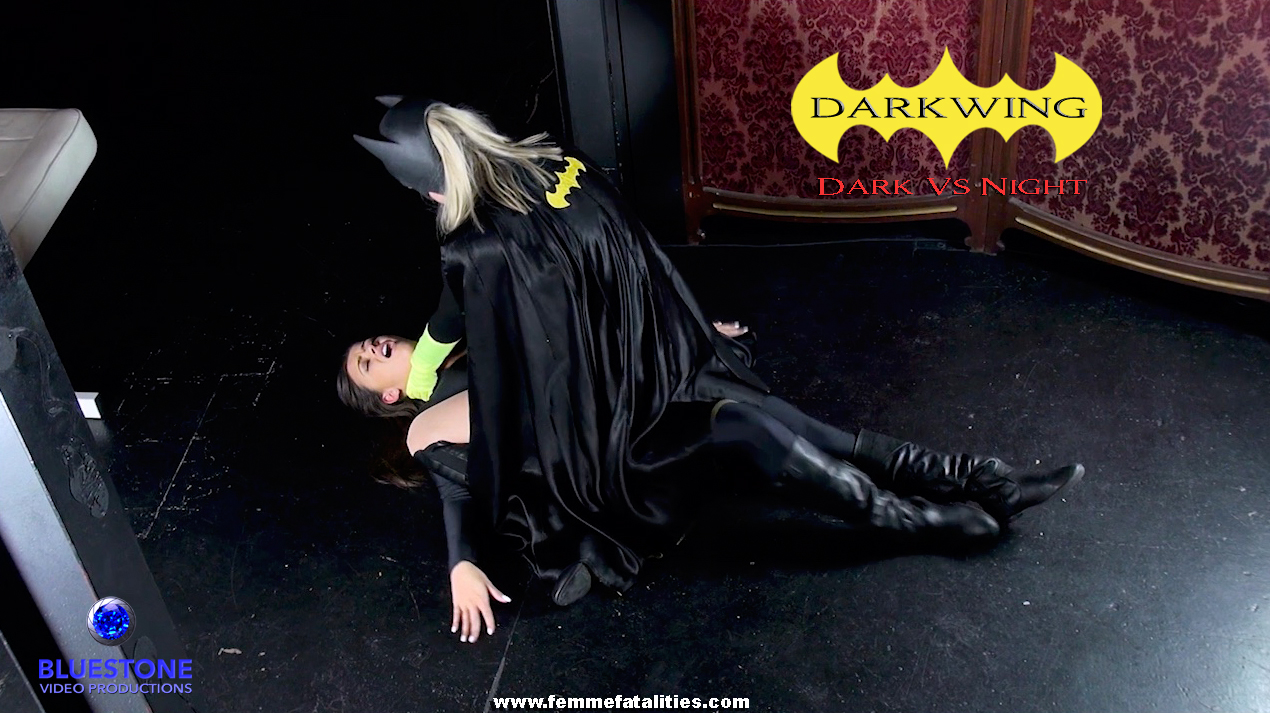 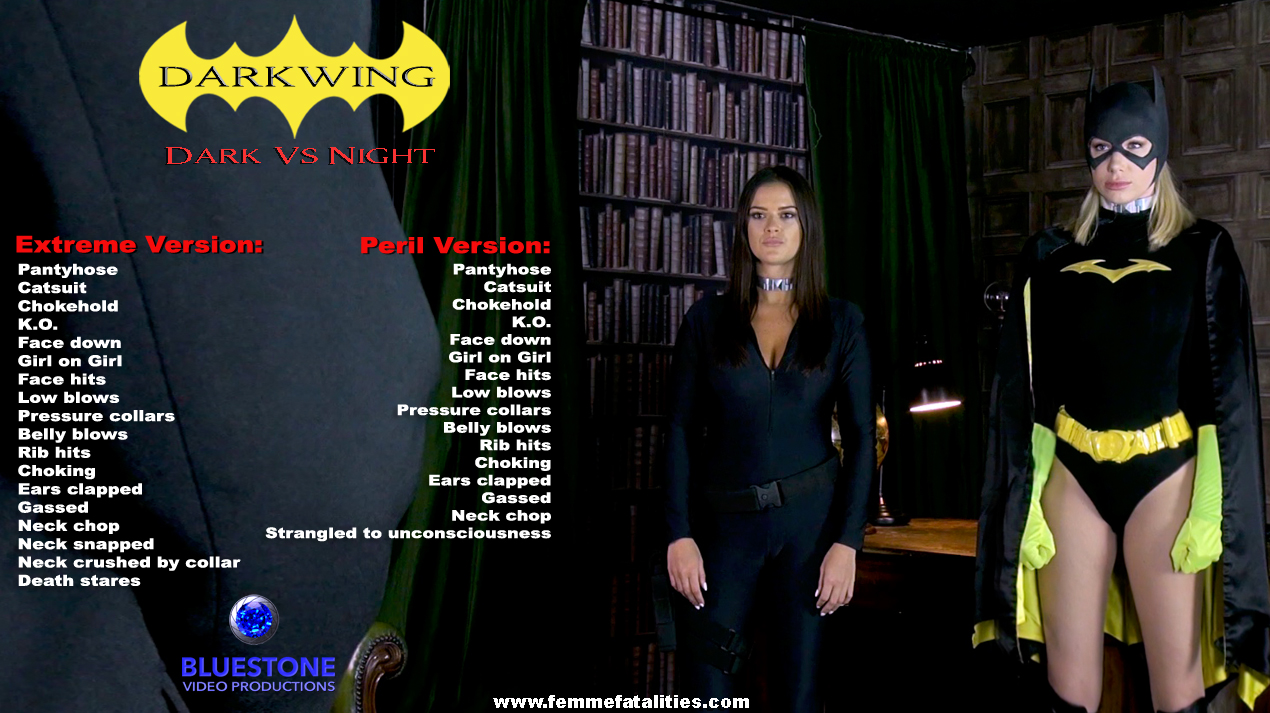 Darkwing and Nightshade conclude their battle!

“Darkwing 18: Dark vs. Night” features Yvonne as Darkwing and Samantha Wilde as Nightshade! Xander pits Darkwing and Nightshade against one another, telling them that they have to kill the other to escape his trap. He has placed constricting collars on both of them, and if either of them passes out, the collars will tighten and crush their necks. The girls fight for their lives, but Xander plans to double cross them in the end anyway! Lots of girl-on-girl action as the two sexy babes battle each other!
In the end, Darkwing manages to survive, deactivate the collars, and strangle Nightshade into unconsciousness! 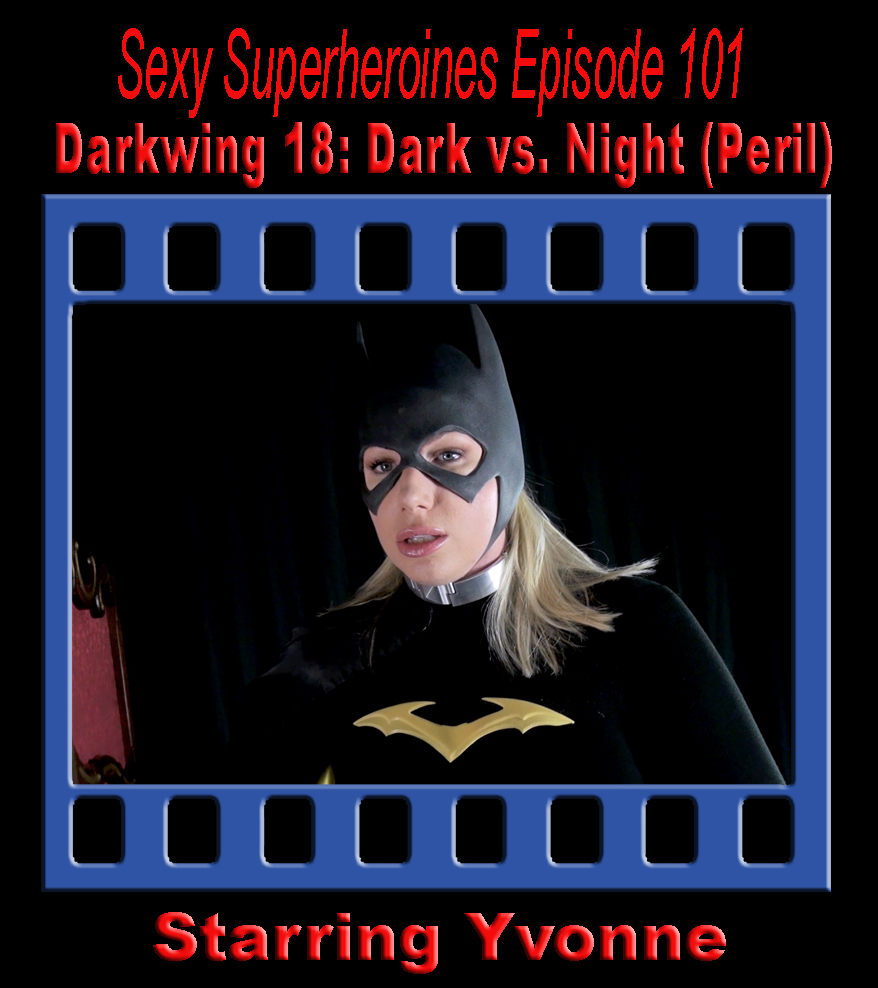 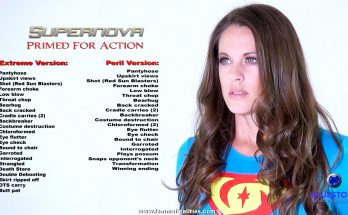 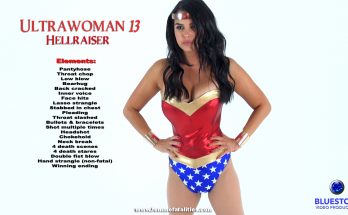